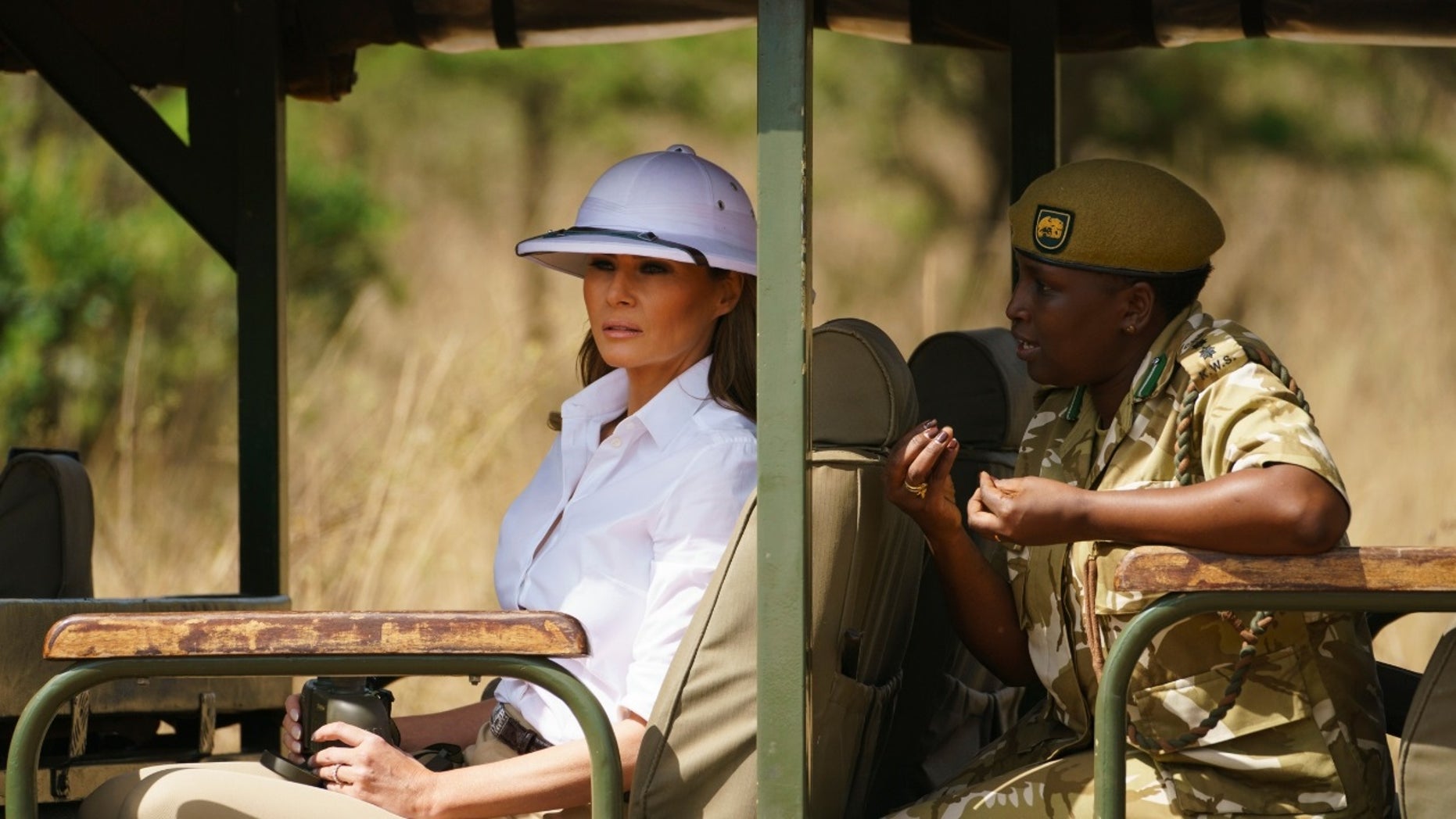 Melania Trump was criticized after she was spotted wearing a white pith helmet during her trip to Africa. (AP)

First lady Melania Trump has been criticized for wearing a white pith helmet while on a safari in Kenya on Friday.

Trump spent this week visiting four countries in Africa in five days as her first solo trip as the first lady. The first lady visited Ghana, Malawi and Kenya before landing in Egypt, where she will wrap up her trip.

On Friday, she v isited the Nairobi National Park in Nairobi, Kenya, where she was spotted wearing a white blouse, brown riding pants, boots and the white pith helmet â€" which is associated with colonial rule across Africa, The Guardian reported. The first lady was captured taking pictures of animals on her iPhone and peering through binoculars.

The helmets were worn by European explorers in Africa in the 19th century before it became â€œa symbol of status â€" and oppression.â€

The fashion choice was slammed by social media users.

â€œThat pith helmet you have carried was used by colonialists during the dark days. Doesnâ€™t sit well with us Africans. Who advised you?â€ a social media user wrote.

â€œMelania Trump wearing pith helmet on her trip to 'Africa' is more than a silly satirical choice. Itâ€™s a reflection of her outdated understanding of Africa. (Also, she was photographed in safari attire multiple times on this trip),â€ a person tweeted.

â€œMelania Trump went on a safari in Kenya wearing a pith helmet â€" a symbol of European colonial rule across Africa,â€ another person tweeted.

The president tweeted about his wifeâ€™s visit this week saying she was doing a great job.

â€œOur countryâ€™s great First Lady, Melania, is doing really well in Africa. The people love her, and she loves them! Itâ€™s a beautiful thing to see,â€ he tweeted.

This is not the first time Trump has come under fire for her outfit. In June, the first lady was photographed wearing a jacket emblazoned with the words â€œI really donâ€™t care, do u?â€ on its back. At the time of wearing the controversial jacket, Trump was boarding a plane to visit a Texas facility housing migrant children separated from their parents.