What started as a vacation for K.J. Wright became an eye-opening experience for the Seahawks linebacker.

Wright, along with former teammates Byron Maxwell, Malcolm Smith and Mike Morgan, went on a trip this offseason to Kenya, Tanzania and the United Arab Emirates looking to experience different cultures, go on a safari and have a good time. But while in Kenya, Wright also realized there was an opportunity to make a difference in the lives of some of the children he met in Kenya.

â€œI went there this offseason and had an amazing time,â€ Wright said. â€œI loved it. When I was there, I noticed this young girl had dirty brown water. So, I just wanted to help this community. The young ladies have to walk many miles twice a day just to bring back water, and when they do get the water, itâ€™s not even clean. Millions of people suffer from (a lack) of easy access to (water), and I just want to bless this community that blessed me.â€

To try to help make a difference in Kenya, and in p articular for the children of a school they visited in Maasai Mara, Wright is donating $300 for every tackle he records this season, with the money going to construction of what he hopes will be two fresh water wells for the village. Wright originally planned to donate $250 per tackle, but because a knee injury kept him out of six games, he upped the total to make sure the campaign can reach its goal. Wright hopes he and fans willing to participate can raise $50,000 to cover the cost of two wells.

As of Thursday, more than $8,000 had been raised already, $1,500 of it from Wrightâ€™s five tackles against the Lions and the rest coming from donations. Anyone wishing to add to that total can do so by donating at Wrightâ€™s Healing Hands International page.

â€œI want to make this a community effort, I want everyone to feel a part of it, I want everybody to feel involved because I think itâ€™s a really good thing to just help people in need, so thatâ€™s something Iâ€™m doing,â€ said Wright, who plans to return to Kenya next offseason.

As Wright put it, the goal of his trip to Africa was originally â€œjust to have a good time. I wanted to experience it, I wanted to take a safari, I wanted to go to the ocean.â€

And Wright did go on a safari and he did have a good time, but while visiting those kids in Kenya, something sparked, as he put it.

â€œIt just touched my heart,â€ Wright said. â€œMe and the guys talked about it when were out there, we were like, â€˜Man, I got to do something for this community.â€™â€

While at a dinner with locals, Wright was given a Swahili name that translates to â€œthe one that gives hope.â€

â€œI really took that to heart, the one that gives hope,â€ Wright said. â€œI kind of feel like thatâ€™s been my purpose my entire life to help people, help people reach their full potential and just to give back, because life is bigger than us, itâ€™s bigger than K.J. When I can leave this world a better place, Iâ€™ve done my job, so weâ€™ve got to make that happen.â€

Seahawks vs Chargers Through the Years

The Seahawks and the Chargers have faced one another 50 times in the regular season over the years. They will face off in Seattle on Sunday for their 51st meeting. 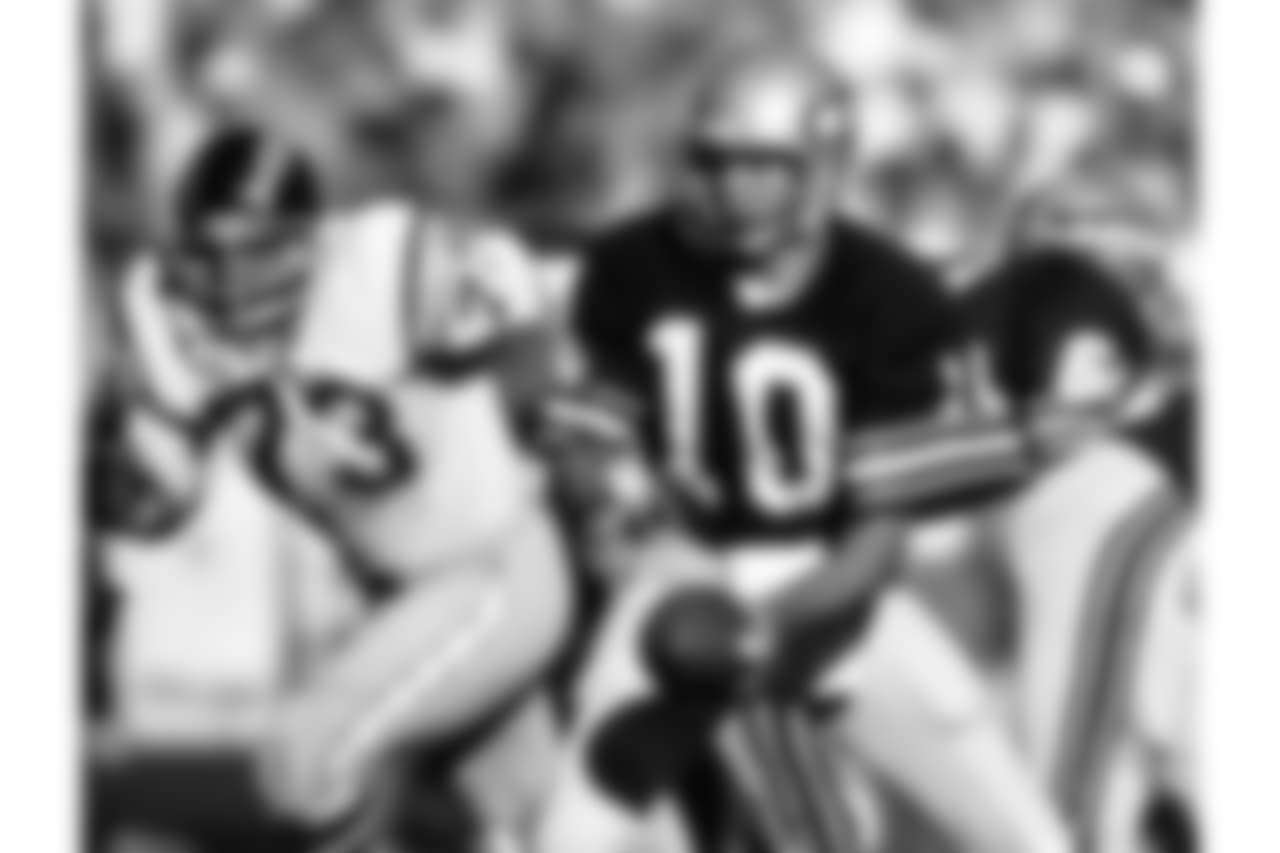 Seattle Seahawks running back Curt Warner (28) runs upfield during an NFL game against the San Diego Chargers at Jack Murphy Stadium on September 15, 1985. The Seahawks defeated the Chargers 49-35. (Peter Read Miller via AP)

San Diego Chargers running back Rodney Culver (22) is tackled as he attempts to rush upfield with the ball during an NFL game against the Seattle Seahawks Sept. 10, 1995, in San Diego, Calif. (Allen Kee via AP)

Seattle Seahawks running back Steve Broussard (31) is seen in action during an NFL game against the San Diego Chargers Oct. 25, 1998, in San Diego. (Allen Kee via AP)

Se attle Seahawks' Derrick Mayes (87) gets a big hug by teammate Sean Dawkins (81) after catching a 14-yard pass from Jon Kitna against the San Diego Chargers for a score in the third quarter in Seattle, Sunday, Dec. 12, 1999. San Diego won the game 19-16. (AP Photo/John Froschauer)

A fourth round pick in the 2007 NFL Draft, rookie tight end Scott Chandler #87 of the San Diego Chargers blocks strong safety Michael Boulware #28 of the Seattle Seahawks during the NFL preseason game on August 12, 2007 at Qualcomm Stadium in San Diego, California. The Seahawks defeated the Chargers 24-16. (AP Photo/Paul Spinelli)

SAN DIEGO - AUGUST 25: Cornerback Marcus Trufant #23 of the Seattle Seahawks breaks up a pass intended for leaping wide receiver Chris Chambers #89 of the San Diego Chargers during the game at Qualcomm Stadium on August 25, 2008 in San Diego, California. The Chargers defeated the Seahawks 18-17. (AP Photo/Paul Spinelli)

D.J. Fluker, Bradley McDougald, and Dion J ordan all returned to action on Thursday after sitting out practice to start the week. news

Money raised by November initiatives will go to The Mission Continues. news

Despite significant personnel changes this past offseason, the Seahawks have found ways to flourish defensively in 2018, ranking among the Top 5 in the NFL in several key statistical categories. news

Seahawks tickets for 2018 games at CenturyLink Field are available now.